Hawaii’s weather is warm all year round with daytime high temperatures ranging from 78F in the “colder” months to 88F in the hotter months. Hawaii’s proximity to the equator means that its weather is tropically warm and consistent throughout the year. Flowers are always in bloom in Hawaii.

Typically December, January, and February are the coolest months, while July, August and September are the warmest months.

Evening low temperatures range from 65F in the cooler months to 75F in the warmer months.

The months of April – October tend to have less rain than the months of November – March. The following chart shows how the average rainfall varies by month and by Hawaiian Island.

An interesting aspect about Hawaii rainfall is that most if the Hawaiian Island precipitation falls overnight. Even if a rain shower should interrupt your day, it rarely lasts more than a few minutes before the glorious sunshine breaks through again. You may even be treated to a rainbow afterward.

Each Hawaii island boasts its own micro-climate depending on where you stay. The island weather is very much influenced by the trade winds which generate windward and leeward regions. In general, the north and east facing coasts tend to get more rain than the south and west-facing coasts. From the following satellite view of Hawaii, notice how the north and east sides are very green in comparison to the other sides. That’s an indicator of the rainfall levels.

The southern side of Oahu, including Waikiki and Honolulu along with the southwest coast at Ko Olina are your best bet for lots of Hawaiian sunshine. Though the North Shore also gets its fair share of sunshine. We wouldn’t hesitate to head to any part of Oahu any day of the year.

The upcoming Oahu forecast is as follows:

Choose the sunny South Coast near Wailea for a nearly guaranteed sunshine all year round. While Lahaina Kaanapali and Kapalua in West Maui get a bit more rain as compared to South Maui, overall the area has relatively low rain levels and good amounts of beautiful Hawaiian sun.

The windward east side of Maui, including beautiful Hana, tend to have more rain which creates those beautiful waterfalls and rainforests.

If you plan to venture to the top of Maui’s inactive volcano, Haleakala, plan to bring a warm windproof jacket, hat, and gloves as it can get cold – especially overnight during the night.

The upcoming Maui forecast is as follows:

Princeville and Hanalei on the North Shore of Kauai bring a mixture of sunshine and showers needed to make all of the wonderful rainbows and waterfalls.

The East and South shores are likely to offer more sunshine and less rainfall.

The upcoming Kauai forecast is as follows:

The Big Island of Hawaii offers the most diverse climates within the Hawaiian Islands. Climatologists have determined that the Big Island has 11 of the world’s 13 climate zones.

The Kohala and Kona coasts on the west of the Big Island are your best bets for plenty of sun and little rain. The Kohala Coast, in particular offers one of the sunniest resort spots in all of Hawaii.

In comparison to the dry Kona and Kohala coasts, Hilo on the East side tends to have significant amounts of rain year round. In fact, compared to all the other Hawaiian airports where weather data is collected, Hilo receives several more inches of rain on average.

If you visit the higher elevations, you want to be prepared for chillier temperatures. If you go into Waimea town in the evening, you’ll want to have a light sweater. If you go up to the summits of Mauna Kea and Mauna Loa, you’ll want to wear long pants and a coat.

The upcoming Kona forecast is as follows:

The island of Lana’i has just a few areas where you’ll find lodging — in Lanai City and nearby Koele in the upcountry and Manele Bay down on the coast. The highlands or upcountry of Lanai enjoy a mild/cooler climate as compared to the warmer and sunnier Manele Bay. Please note that the above chart is based on Lanai City in the higher elevation. To estimate the weather in Manele Bay, add about 10 degrees Fahrenheit to Lanai City temperatures.

The upcoming Lanai City forecast is as follows:

The upcoming Molokai forecast is as follows.

When is the best time to go to Hawaii?

Anytime is a great time to go to Hawaii. We’ve been to Hawaii several times in every season and enjoyed wonderful weather. For the best weather and prices, we recommend visiting Hawaii in mid/late April, May, early/mid June, September and October. We provide many more details with advice on when to visit Hawaii in this article: which time of year is best for visiting Hawaii.

Is Hawaii cold in the winter?

We don’t think it’s cold. Look at the above weather charts which indicate that even in the coldest months, the average daytime high temperatures average between 78 and 82F, which is quite pleasant. You’d have to visit Hawaii during a particularly odd weather pattern to be cold in Hawaii. During winter months, you might want to have a light sweater to wear in the evenings, but during the daytime, you’ll most likely enjoy “bikini weather” while playing in the ocean.

The degree to which a person feels humidity depends on the humidity of the climate where they live. For example, someone who lives in the humid southeastern United States probably won’t notice much humidity, while someone from an arid southwestern state may take more notice in the humidity.

If the tradewinds are blowing, which they normally do, the breeze helps to keep you comfortable in the humid environment.

Do I need to be concerned about rain in Hawaii during the winter months?

Is winter a good time to go to Hawaii?

Yes! See our article about visiting Hawaii in the winter.

What’s the water temperature in Hawaii? Can I swim in Hawaii in the colder winter months?

You can swim in the ocean in Hawaii throughout the year — even in winter months. The average ocean temperature for Honolulu is about 78F and ranges from a low of 76F to 81F. See our Hawaii ocean temperatures article for more details. 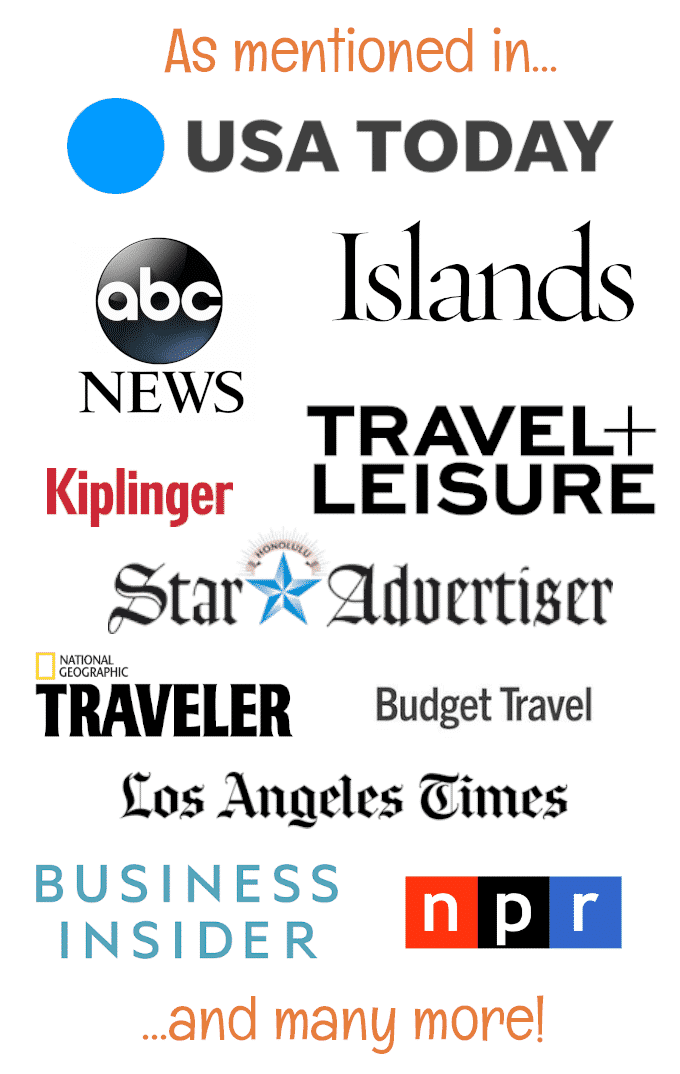 Occasionally we may link to our trusted affiliate partners but this does not compromise our unbiased, researched advice nor affect any price you pay.

When is the worst time to visit Hawaii on vacation?

Do you plan Hawaii vacation activities before your trip or just book them when you get there?

Advice for driving and parking in Waikiki Beach

How many islands should you visit during your Hawaii vacation?